“Keep your friends close, and your enemies closer.” – Sun Tzu

I’m not speaking in hyperbole and I say this with all sincerity; we are at war.

We are not battling an enemy that you can see or that is fought with military weapons. This invisible enemy has a formidable presence and influence on all of our lives.

Who is this enemy and where is this combat zone fought?

This enemy is your negative thoughts; the battleground is fought in your mind.

Whether you achieve victory or suffer defeat depends on how well you learn to master your thoughts.

Although you may think I’m on a negative soapbox and sounding fatalistic; I’m actually here to bring you really good news.

The truth of the matter is; the battle for your mind is something that you not only have total control over, but you can also win.

In this short blog post, I want to share with you the latest research from Positive Psychology and give you tools to help you master your mindset.

If you apply this, it will help you live a more purposeful happier life; one that increases your performance, reduces your stress levels, and enhances your wellbeing.

While most people are aware of the principles of Emotional Intelligence, you may not be quite as familiar with Positive Intelligence.

Positive Intelligence is the science and practice of developing mastery over your mind so that you can reach your full potential.

We know that your mind can be your best friend or worst enemy. Chamine’s research elaborates on this fact.

Positive Intelligence measures the relative strength of these two facets of your mind; friend or enemy.

The Quotient is the Positive Intelligence Score expressed as a percentage.

His findings show that people with a High Positive Intelligence Quotient spend a greater percentage of their time where their mind is acting like their friend.

Obviously, the reverse is true. People with a Low Positive Intelligence Quotient spend a higher percentage of their time where their mind is acting like their enemy.

According to Chamine’s research, a Positive Intelligence Score of 75% is a critical tipping point that leads to optimal performance, greater success, and happiness.

With this research as a foundation, let’s look at how you can increase your Positive Intelligence Quotient (PQ).

Before we start, I have a big ASK for you.

I’m going to ask you to be intentional about this process.

Why? Because I want you to win the battle in your mind and experience all that you were created to be.

The first step to increasing your PQ is to become keenly aware not only of your negative, self-defeating thoughts but also of the voice driving the thoughts.

This is the voice of your Inner Critic.

Be still to listen to your thoughts, identify the voice behind them, and sense the feelings they elicit.

What is your most dominant negative thought, the one that keeps you trapped?

Identify this persistent thought and the Inner Critic who is speaking.

Put this dominant negative thought on trial.  Is there any truth to it? Would it have a leg to stand on in a court of law?

These negative thoughts, expressed by the voice of the inner critic, become limiting beliefs.

Here is where you start rewiring your brain; edging you closer to that 75% score. If you are being held in a mental prison because your dominant thought says,

You can replace these thoughts.

Once you recognize your negative thoughts, address your Inner Critic; speak directly to him with truth. In some cases, ask questions.

Replace Each Above Statement With: 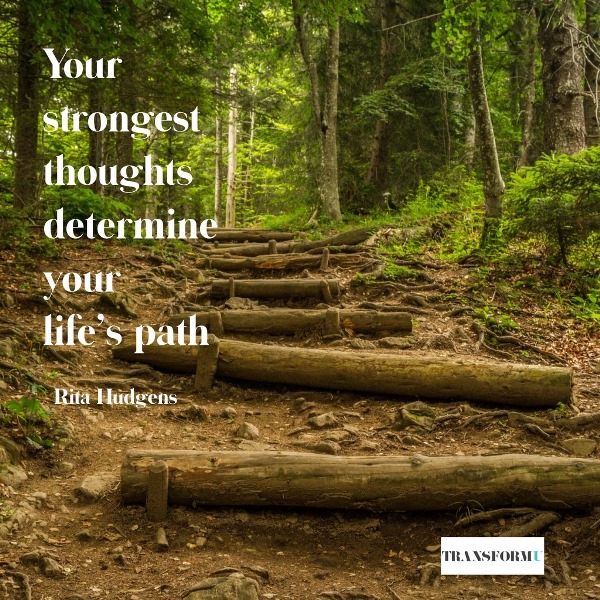 The third part of this process is to recognize any negative emotion(s) that are attached to the thought.

All emotions serve a purpose. Keep in mind that there are no good or bad emotions; only positive and negative ones.

Negative emotions are not a problem. They only become problematic when we get stuck in them.

The secret sauce in this mind recipe is to befriend your negative emotions.

Ask yourself, “What are they telling me?”

You must understand this: negative emotions are necessary for a healthy life.  Fear protects us from danger, anger can stir passions, and sadness helps us grieve.

As stated previously, positive and negative emotions perform different functions in your life. The goal is to create a healthy balance of emotions from which you can tap into.

Positive emotions create an upward spiral and broaden your perspective. This process of cultivating your positive emotions will edge you closer to that desirable 75% Score.

Over time, as you start training yourself to identify your emotions, you will subsequently learn how to cultivate the emotions you want; thus creating emotional balance in your life and mastering your thoughts.

Your thoughts and emotions are strengths; they are your friends and can help you move the needle towards creating the life you want.

As you can see, your thoughts can be either your friend or your enemy. The danger of not being in control of them is getting and staying stuck. You cannot transition forward if your thoughts are holding you captive.

Although I’ve read The Art of War on numerous occasions, I never fully understood the quote attributed to Sun Tzu, “Keep your friends close and your enemies closer.” I understand it now. When you befriend your negative thought enemies; they no longer control you.

That’s why I encourage you to embrace the opportunity to learn how to master them. A shift in this mindset can create an epic shift in not only moving forward but in becoming who you were created to be.

The fight for your life; your dreams, your heart’s desires, and who you want to become is all fought in your mind.

Always remember – Nothing is Impossible

I have created this anti-anxiety and anti-stress tool kit, proven by science, to help you reduce anxiety and stress. I guarantee you that if you implement some of these ideas and use these tools; you will navigate this uncertainty boat like a highly skilled Captain. 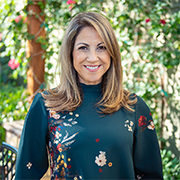 Follow Me
Rita Hudgens
Leadership and Personal Development Coach at Transform University
Rita is a Performance Improvement Coach. Her mission is simple; she helps entrepreneurs, achievers, and leaders make positive changes in their behavior. She empowers her clients so they are more in control of their present which in turn gives them a greater sense of self-confidence. She creates a safe environment for them and builds on their values, passions and strengths so that they can achieve their personal and professional goals.

Follow Me
Latest posts by Rita Hudgens (see all)